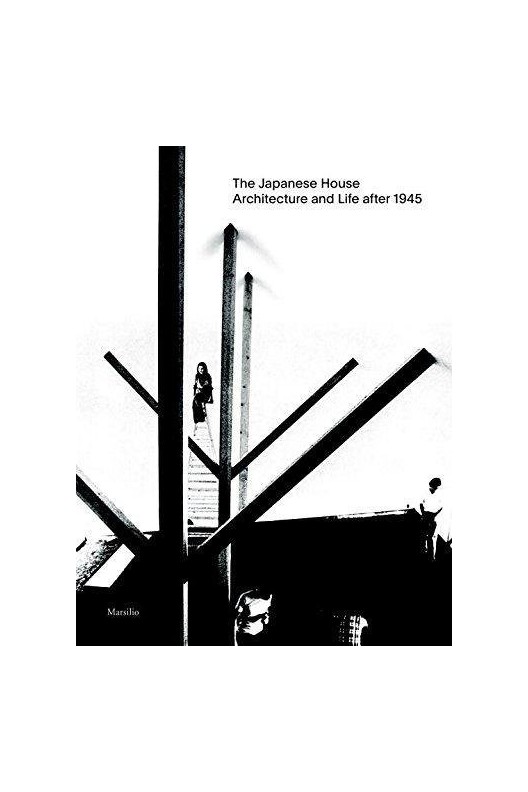 The first comprehensive study on the aesthetics of domestic architecture in Japan since the Second World War.

The exhibition is co-organised and co-produced by the Japan Foundation
Sponsored by Kajima, Japan Centre, Shiseido and Natrium Capital
With additional support from Japan Airlines, The Great Britain Sasakawa Foundation and The Daiwa Anglo-Japanese Foundation
Media Partner: Elle Decoration

The Japanese House: Architecture and Life after 1945 is the first major UK exhibition to focus on Japanese domestic architecture from the end of the Second World War to now, a field which has consistently produced some of the most influential and extraordinary examples of modern and contemporary design. The exhibition features over 40 architects, ranging from renowned 20th century masters and internationally celebrated contemporary architects such as Tadao Ando, Toyo Ito, Kazuyo Sejima (SANAA) and Kenzo Tange ; to exciting figures little known outside of Japan including Osamu Ishiyama, Kazunari Sakamoto and Kazuo Shinohara and young rising stars such as Hideyuki Nakayama and Chie Konno. The Japanese House presents some of the most ground-breaking architectural projects of the last 70 years, many of which have never before been exhibited in the UK. The exhibition also incorporates film and photography in order to cast a new light on the role of the house in Japanese culture. The Japanese House: Architecture and Life after 1945 opens at Barbican Art Gallery on 23 March 2017.

Jane Alison, Head of Visual Arts said “I couldn’t be more delighted that we are able to now stage this pioneering, timely exhibition that forefronts some of the most astounding work by Japanese architects in the post-war period. The focus on the ‘house’ is always a particular joy, as we all relate to the way in which intimate, domestic architectural spaces are lived in. As such the exhibition is a follow up to The Surreal House of 2010, and builds on a now well-consolidated history of architecture exhibitions at the Barbican such as The World of Charles and Ray Eames(2015), Bauhaus: Art as Life (2012) and Le Corbusier: The Art of Architecture (2009). In building two 1:1 scale houses in the Gallery, I’m proud to say that with this exhibition we have achieved a new level of ambition. We invite the visitor to not just consider Japanese architecture, but to experience it.”

At the heart of the exhibition is an ambitious and unprecedented full-size recreation of the Moriyama House (2005) by Pritzker-prize winning architect Ryue Nishizawa (SANAA) – considered to be one of the most important houses of the 21st century. Representing a radical decomposition of the conventional house, this building consists of ten individual units (some only as large as a bathroom), separated by an exterior garden. Specially conceived in collaboration with Nishizawa for the exhibition, this reconstruction of the house is intertwined within the Barbican’s celebrated Brutalist architecture. Visitors are able to weave in and out of the fully furnished units and garden, experiencing this remarkable house in an immediate and physical way – imagining how it might be to live there. Hundreds of objects, including books, music and films, recreating the creative world of the house’s owner Yasuo Moriyama, bring this beautiful structure to life. More than a mere architectural model, this 1:1 recreation forms a portrait of Moriyama – a reclusive collector who has never left Japan.

The Japanese House also features the world premiere of Moriyama-san, a new film by renowned filmmakers Ila Bêka and Louise Lemoine which documents a personal and spontaneous encounter with Mr Moriyama, allowing viewers privileged access into the day-to-day life of this 21st century urban hermit. This is Bêka & Lemoine’s second collaboration with the Barbican, following Barbicania, their 2014 account of life within the walls of the Barbican Estate.

Filling the other half of the Barbican’s lower galleries, beyond the Moriyama House, visitors will discover an equally ambitious new commission by Terunobu Fujimori. Both a practicing architect and a highly respected historian of Japanese architecture, Fujimori is known for his eccentric and lovingly crafted structures. For the Barbican he is designing his biggest teahouse ever with an exquisite garden. This teahouse, with a hand-charred timber exterior and a white plaster interior, forms a counterpoint to the contemporary minimalism of the Moriyama House, revealing the importance of the handmade, the material and the fantastical in Japanese design.

The gallery environment is transformed every 30 minutes by lighting that mimics dawn to dusk, ensuring that every visitor can experience the magic of these buildings across any one day.

Considering developments in residential architecture in the light of important shifts in the Japanese economy, urban landscape, and family structure, the exhibition features over 200 works including rarely seen architectural models and drawings, photography and films. Structured thematically, sections such as A House is a Work of Art, Earth and Concrete, Inhabiting the Experimental, Sensorial, Beyond the Family, Lightness, Vernacular, shine a spotlight on a different facet of this remarkably diverse field, establishing a rich picture of a distinctive architectural culture. Highlights include a 1:1 installation designed by Kazuyo Sejima based on her House in a Plum Grove (2003); Kazuo Shinohara’s iconic Tanikawa Villa (1974) with its startling soil-floored interior; the Arimaston Building (2005– ), a remarkable house that former Butoh dancer Keisuke Oka has been building by hand for over 15 years, one 70cm2 block of concrete at a time; innovative projects from Toyo Ito, including the atmospheric White U (1976) and the visionary Pao: A Dwelling for Tokyo Nomad Women (1985); Atelier Bow-Wow’s charming Pony Garden (2008); the radical Anti-Dwelling Box (1972) by Kiko Mozuna; and Kiyonori Kikutake’s Sky House (1958), a single-room concrete structure that is suspended in the air.

In the wake of the war, the widespread devastation of Tokyo and other cities in Japan brought an urgent need for new housing, and the single family house quickly became the foremost site for architectural experimentation and debate. In an effort to establish an architectural language for a new period in Japanese history, architects such as Kenzo Tange and Seiichi Shirai explored ways to synthesise tradition with modernism. In the years following, Japanese architects have consistently used their designs to propose radical critiques of society and innovative solutions to changing lifestyles. In the 1970s, designers concentrated on enclosed houses that acted as defensive bulwarks against the polluted and overpopulated city; and in the 1980s the economic excesses of the Bubble era saw architects embrace the onset of information technologies and produce houses that were exceptionally lightweight and open to the outside world. Recent Japanese residential architecture, particularly in Tokyo, suggests ingenious solutions to the constraints of living in the world’s largest metropolis; while parallel to this tendency there is a continued understanding of the house as a privileged space for fantasy and creative expression.